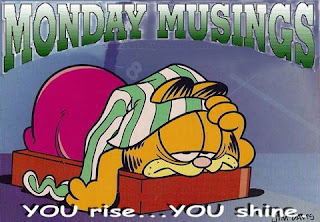 Welcome back to another week where all the good stuff seems to happen over the past weekend.

The weather today will be seasonal, with temps reaching above freezing here in the Heartland, but the real weather will be coming like a jail-on-wheels tonight and into tomorrow, when we can expect more of that "lousy" we had last week.
Might even see a couple inches of snow, so be advised.
In the meantime, let's kick back, and take a look into the wonderful world of WTH is going on, shall we?
*** Yep, ANOTHER HOMICIDE in Ft. Wayne this past Saturday,which the media sources are saying is the FIFTH homicide, while I am claiming the SIXTH homicide, because I'm also counting that police-action shooting.
(at THIS rate, we'll hit THIRTY FIVE this year) 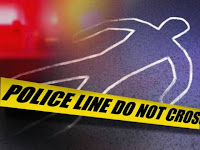 By all terms, that police-action shooting should ALSO be called a homicide.
-- Here is the WIKI to back that up:
http://en.wikipedia.org/wiki/Homicide
And for all the purists out there, here is the Merriam-Webster definition on this:
ho·mi·cide - noun \hä-ma-sīd, hō-\
1: a person who kills another
2: a killing of one human being by another
Origin of HOMICIDE
--in sense 1, from Middle English, from Anglo-French, from Latin homicida, from homo human being + -cida -cide;
--in sense 2, from Middle English, from Anglo-French, from Latin homicidium, from homo + -cidium -cide
First Known Use: 14th century
And here is the LEGAL description:
http://legal-dictionary.thefreedictionary.com/homicide
So the media might be getting this all WRONG.
(what else is new?) 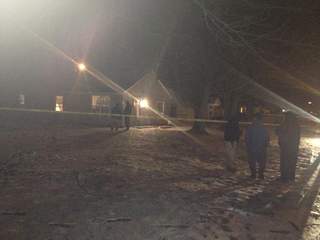 Anyway, here's the latest story link on homicide number 6 (or 5 if you blindly believe the media without question):
http://www.journalgazette.net/article/20130225/LOCAL07/302259941/1002/LOCAL
This took place on the city's SE side. (where else?)
Again, we have no witnesses (couple folks heard one shot), no suspects and no motive.
The victim was Antonio Galvan III, age 28.
Naturally, the FWPD is asking YOU for help.
*** But two perps WERE caught in a gas station holdup.
Here's THAT link:
http://www.wane.com/dpp/news/crime/police-chase-ensues-after-shots-fired-at-sunoco-gas-station-on-coldwater-road 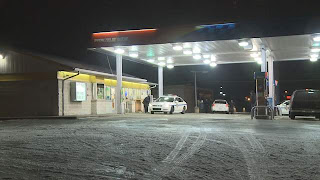 The Sunoco station up on Coldwater rd. was held up around 0400 hrs Saturday morning (don't these mooks ever sleep?), and after a vehicular pursuit which led to the neighborhood of Brown St, SW of downtown, a foot chase ensued.

The robbers kicked in a door to a house, setting off the resident's alarm system. 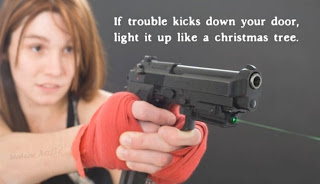 The woman living there realized these thugs broke in and called police.
Two perps off the streets again...and police do not believe this incident is related to the McDonald St. shooting.
Yeah, sometimes, things do manage to work out for the best.
*** Danica Patrick makes history at Daytona. 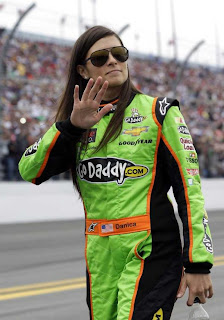 Well, she DID win the pole position, an led some laps, but she came up a tad short at the finish, placing 8th in The Great American Race.
Still, not too shabby a showing for the "rookie".
She's Tony Stewart's team mate (he also owns the cars and team), so she done good for her first OFFICIAL race.
And she's dating another one of the drivers (Ricky Stenhouse, another rookie for 2013)...that should prove to be an interesting relationship.
I think she's got what it takes to be a good NASCAR driver...after all, she's been mixing it up with the big boys on the IRL circuit for a few years.
And WTF was (c)rapper 50 cent doing there anyway? That's like having a fly in a quart of milk...LOL.
Thank God they had someone who KNEW how to properly sing the Star Spangled Banner!
*** Smokers of the world...unite?
Here's an interesting story about how BOTH the tobacco producers AND the American Cancer Society are "on the same page" when it comes to smoker's RIGHTS:
http://www.journalgazette.net/article/20130225/NEWS10/302259982/0/SEARCH
Yep, smokers are also in the cross hairs of the Obummercare mandate....along with WOMEN, and SENIORS.
What? You didn't think this was coming? Shame on you. 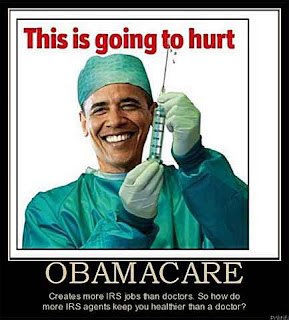 That Guy Care (The Affordable Care Act) specifically targets certain factions of our society with charging patients close to 50% MORE when it comes to treatments. High surcharges will make health care unaffordable to smokers...
Tack that onto health care that charges women MORE because pregnancies can be costly (abortions aka murders are cheaper then?), and seniors face higher premiums too, because they use the health care system more frequently (that happens when you AGE).
The ACA, starting in 2014 will no longer charge women more, and will ONLY charge seniors THREE TIMES as much as younger patients.
Smokers will however face a 50% RISE in premiums!
(so you lie about smoking as the only recourse?)
That could raise a premium from say $708 to a whopping $3,308...!
(damn, can't buy more guns and ammo with THAT going on)
States could restrict such high premiums...if they "grow a pair".
*** And speaking of guns (again)...there's THIS:
http://www.journalgazette.net/article/20130225/EDIT05/302259968/1021/EDIT

The story states that NRA CEO Wayne LaPierre is changing his tactics...after a fashion. 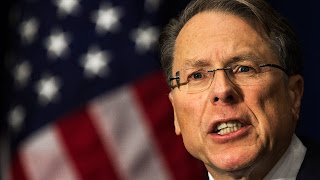 Where first he defended the 2nd Amendment because of a TYRANNICAL GOVERNMENT (which in point of fact IS Constitutionally-correct), he is now warning of the ABSENCE OF GOVERNMENT.
And he cites the case of any aftermath of natural disaster, such as hurricanes Katrina or Sandy.

The writer of the article mentions the : "fear he conjures"...well, try "splainin" that to the survivors OF Katrina or Sandy...where they were beset by roaming mobs of LOOTERS...and NO police to defend themselves OR their properties and possessions.

There were people who wound up defending THEMSELVES...because law-enforcement was so overwhelmed.
I applaud Wayne's new dystopia...mainly because it CAN happen (and in some microcosmic cases in this nation, already has multiple times).
Says LaPierre: "Gun owners are not buying firearms because they anticipate a confrontation with government. Rather, we anticipate confrontations where the government simply is not there - or simply doesn't show up in time."
Yep...when SECONDS count, the authorities are only MINUTES away...kinda says it all, right?
Makes the case for gun ownership...plain and simple.
The writer of the story (Sam Kleiner, a Yale Law School student) finishes by saying:
"Forget totalitarianism. Now we need to fear total anarchy."

Nice try, Bub....but anyone with half a brain can figure out your slant of the issues here.
Fortunately, people like ME know the difference between FACT...and fiction. 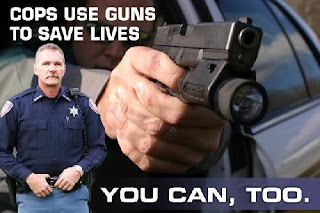 And yes...we DO need to fear anarchy, for that might well lead into a totalitarian regime seizing power to quell such problems.
Take time to study HISTORY instead of law...you might learn a lot more.
*** Ah, the Oscars...what a rather tedious show it has become... 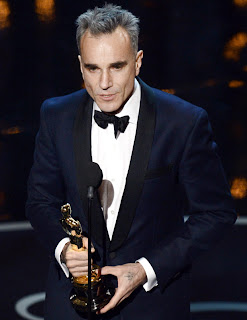 One person that turned me off was Quentin Tarentino.
Now some may laud him as the Picasso of filmdom...and considering how Picasso PAINTED they might be right (Pablo did some weird drugs I'm guessing...lol). I've tried to watch one of Tarentino's several films...I'm just not really into disjointed story-telling nor mixed genres...sorry, folks.
I'm a film buff...as in GOOD films, GOOD story-telling, and SPECIFIC genres.
And someone tell him he's at a AWARD SHOW...no open collars and loosened ties...(whatta moron).
Some people you not only cannot take out...you can't even dress them UP either.
Seth McFarland did an OK job as MC, but I was only flipping over during commercials of The Walking Dead, so I missed a lot...no biggie.
AMC had better programming, as did FX (Iron Man and Iron Man 2), so the Oscars took a distant third on that.
*** Last up today, that big-ass winter storm headed our way has the potential for some severe problems. Maybe not.

Depending on what part OF the Midwest you find yourself, it could be anything from a mere dusting to accumulation which could cause power outages, traffic issues, and the lack of police presence.
(sounds like some folks might need a GUN to protect them). 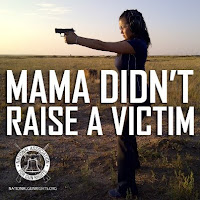 Naturally, there WILL be the predators, all set to take what they can from whoever they can...BECAUSE they can.
And while we're busy trying to find the next entertainment "fix" we might blind ourselves to that more pressing issue of safety.
We should never sacrifice one for the other, especially when we take safety for granted.
In today's world, we are only as safe as we WE determine for ourselves...and not by the number of police about, or government laws, rules, or mandates.
WE are in fact, THE "first responders" to ANY danger, if we are prepared properly.

It's always been that way since back in the days when the first settlers here defended themselves.
We just adapted to the times...or at least we should have been doing so.
Be vigilant, and trust in yourselves...you DO know more than you think. 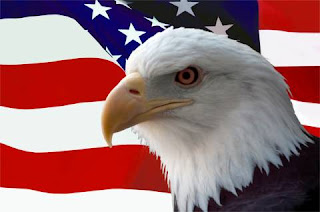 I can't believe you were dissin' my half dollar man. 50 Cent is da bomb! Maybe he likes cars? Had nothing better to do? LOL

Well, we now have ONE point-of-contention...!
And hey, most MARRIED couples would give their eye-teeth to JUST have that one, right?
(we might be onto something here, Kiddo)

Hey, thanks for rolling up today and commenting.

You stay safe out there, dear.

Around here, you root for Danica or piss off Laurie. Stenhouse, though was a pain in the butt for my boy Elliot Sadler in Nationwise, so he can go blow.

CWM:
The only ones I was rooting for were the Labonte brothers...

Bobby got a 15th place finish and Terry wound up a lap down...
Not bad for 2 independent teams.

Hated to see Tony Stewart taken out, though.

Stay safe up there.

What no one likes my man Mark Martin? Now that really is hard to believe. I am not a Danica fan but I do appreciate what she is doing, and she is opening a door for women.

MsN:
Hey, I admire Martin...I think he was the oldest regular driver out there Sunday...AND he got a top 10 finish.

Yeah, he's the BEST driver to NEVER have won a championship...hands down!

Sorry...didn't mean to short-shift anyone...
Thanks for the reminder.
Stay safe down there. 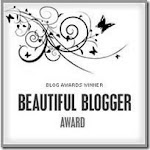